Video of the award ceremony event of Koschatzky Art-Award '21 with a guided tour named "Insights":

The Koschatzky Art-Award ("KA") is a competition held every two years since 2005, which aims to honour and promote young emerging artists up to 35 years of age. Approx. 2,400 works by approx. 800 artists from approx. 80 countries are submitted to the jury of the KA. The Koschatzky Art Award is the largest graphic art award in Europe and has already served as a springboard for many artists for an international career. The Rotary Club Wien-Albertina has launched this initiative and is now organizing the KA'23 together with the Rotaract Club Wien-Albertina for the 10th time.

Any work on paper1 by artists who are over the age of 18 and below the age of 352 may be entered into the competition. More details will follow in autumn 2022.

The Art-Award key dates, starting with online submission followed by the 3-stage jury process and ending with the award ceremony, can be found on this website from autumn 2022.

1 Any work on paper may be entered into the competition. Photography that has been subject to graphic or digital processing may also be submitted. There are no limits to the creative bandwidth. This is an open competition, i.e. there is no theme.
The maximum dimensions for entries are 100 x 140 cm without a frame and 110 x 150 cm with a frame, with a maximum depth (thickness) of 15 cm.

2 The competition is open to all artists who are over the age of 18 and below the age of 35 on 1 May 2023 and who have their main residence in Europe. Walter Koschatzky was born on 17 August 1921 in Graz. He attended high school and the military college Liebenau near Graz. Between 1940 and 1945 he performed military service before going on to study art history, history and philosophy at the University of Graz. From 1956 he headed the “Neue Galerie” at the Landesmuseum Joanneum in Graz. In 1961, he was appointed Director of the Graphic Collection Albertina in Vienna, a position he held for 25 years. During this time, he gained broad respect for his academic research and 210 exhibitions of ancient and modern art in the Albertina itself. Other exhibitions organized in Austria and abroad helped establish the collection’s global reputation. Walter Koschatzky lectured at the universities of Vienna and Salzburg, was a member of many international committees and served as a juror at major graphic biennials e.g. in Ljubljana, Varna, Cracow and Puerto Rico. He published numerous books on the art of graphics, the art of watercolors, the art of drawing, Rudolf von Alt, and Albrecht Dürer's landscape watercolors, and also made art films for the Austrian Broadcasting Network - ORF (Telemuseum, Rudolf von Alt, The Century of Austrian Watercolor, Thomas Ender). Walter Koschatzky died on 9 May 2003 in Vienna. 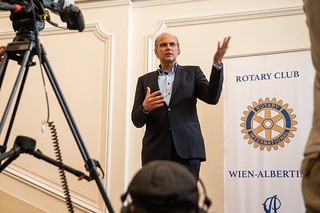 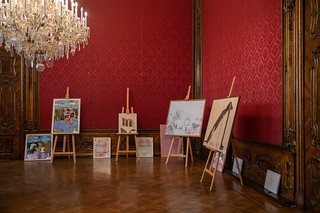 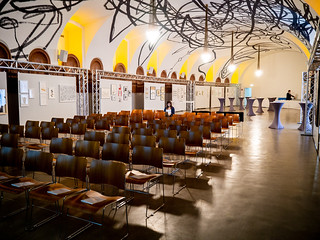 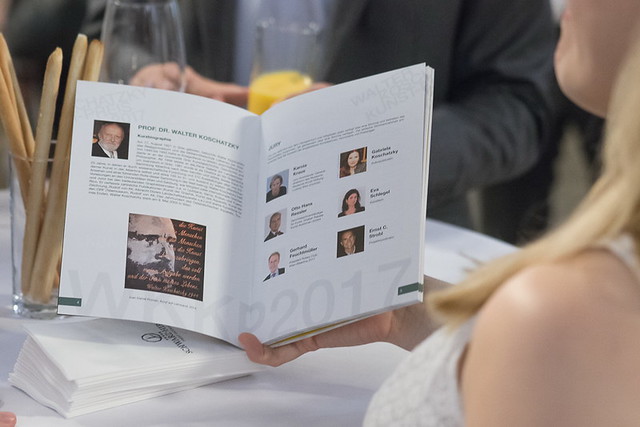 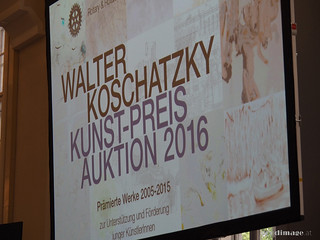 In addition to the promotion of young artists through the Koschatzky Art-Award, the Rotary Club Wien-Albertina set up a legally dependent fund with effect from October 1st, 2011, from which a scholarship of at least 6,000.00 € per year according to established guidelines is awarded. This scholarship is called "Koschatzky Art-Award Scholarship" (KA scholarship) and is awarded to young, aspiring artists who have got into financial hardship through no fault of their own.

You can find more information about the scholarship and how it is awarded here.

Do you have any questions? Don't hesitate to get in touch with us!

The Koschatzky Art-Award is organized by Rotary Club Wien-Albertina which is registered as an association under Austrian law and is a member of the worldwide Rotary organization. Clubs are non-political, non-religious and open to all cultures, races and creeds.
Address: Renngasse 4, 1010 Vienna, Austria
E-Mail: office@koschatzky-award.art